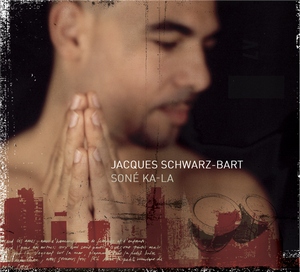 Given Schwarz-Bart’s diverse upbringing – raised by two award winning authors with homes in Guadeloupe and Switzerland – his own music was destined to be special. His love for jazz and soul produced some noteworthy excursions into both fields but for Jacques something was missing. What was missing was his sense of self. Thanks to SONE’ KA LA his mission is accomplished. Seldom has a music seemed so inseparable from it’s producer. For those of us who know Jacques, listening to this music is like having a chat in a living room. For those who don’t know Jacques, you will know him after this album.

(from the liner notes)